TCO’s Barrier Glass Plug is primarily used to save rig time during the completion phase. The benefit many deem unique, is how the need for intervention is eliminated. TCO's Tubing Disappearing Plug – Pump Open (TDP-PO) is run as an integrated part of the completion string and opened by applying a pre-determined pressure from surface. The plug has now also proved to perform under demanding suspension of a large column of debris. TCO's increased focus in Abu Dhabi and the Middle East make us determined to deliver the market's most reliable, cost effective and safe solutions. 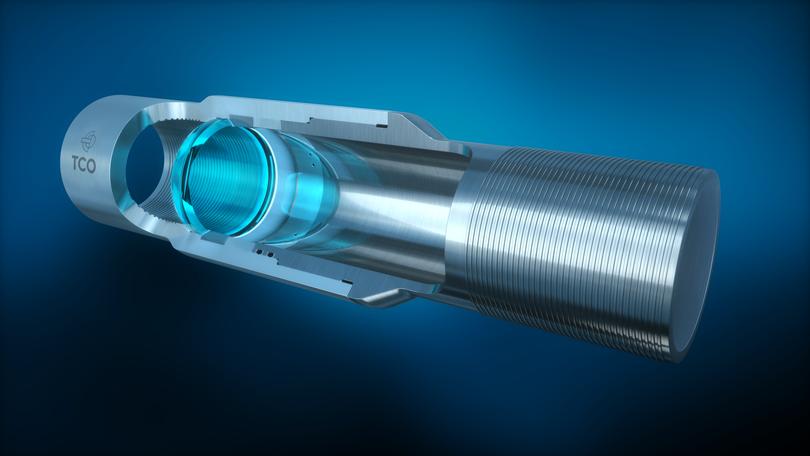 The marketplace has challenges with conventional solutions that are based on remotely operated plugs. These plugs are extremely sensitive to debris with the risk of costly plug opening contingency operations.

Because of this, a client from the Middle East challenged TCO with a requirement of 3-4 Ft debris suspension/ prove the plugs performance in suspension of an 8 Ft. debris column. Debris suspension can be a challenge for many operators during the completion phase, and may cause unefficient operations. To prevent any doubt and ensure that the customer was confident that TCO could deliver as expected, TCO doubled the clients expectation and successfully opened under 8 Ft debris suspension.

To exceed the client’s requirements of 3-4 Ft of debris, the assembly was raised in vertical position, filled with 8 feet of sand and 9,89 PPG NaCl brine. For the sand mixture to soak up the brine the barrier glass plug assembly was left over night. The assembly was topped up with brine before installed horizontally in the test bay.

Additionally, to simulate a real well scenario, a gas accumulator for pressure support was added above the plug and below the plug was open ended. The pressure was slowly increased to 345 bar/ 5000 psi to shear out the disc (see illustration below). The shear ring broke and the plug opened at 355 bar/ 5147 psi. The plug had full inner diameter with no glass or sand detected inside of the plug. The glass and debris was fully flushed out during the opening sequence. 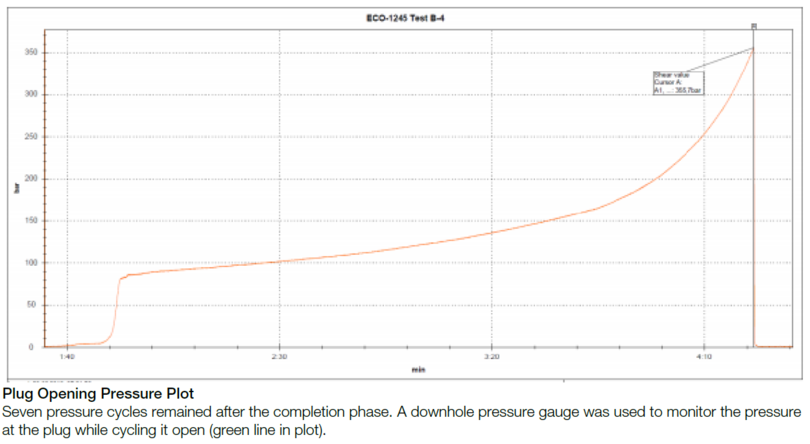