July 18th 2013, TCO run the world’s first Disappearing Tubing Hanger Plug (DTHP) for a major client in Nigeria/ West Africa. The client confirmed that the first DTHP plug was successfully cycled open as planned from the FPSO vessel on the 29th August 2013. 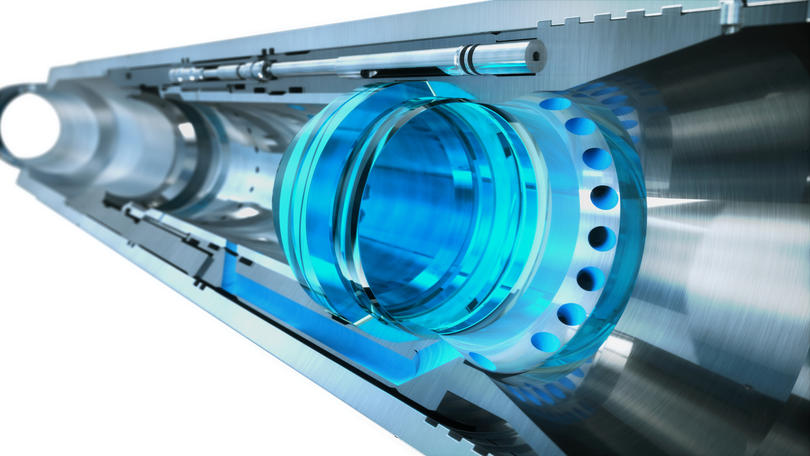 The DTHP plug is RIH in open position, allowing the operators to circulate down to the deep set barrier. Once the well is displaced, the production packers can be set against the deep set barrier. Further a pressure test and inflow safety valve test can be conducted. The sleeve is then shifted in a closed position (ISO 14301 V0 seal), providing two well barriers

The BOP can be rigged down and a vertical XT installed. The well can then further be lined up for commissioning from either a production vessel or FPSO. Simply this process alone saves the client multiple days of rig time, resulting in savings of millions of dollars. The plug is opened by pressure pulses sent down to the trigger system installed in the DTHP plug and the trigger system is a redundant system.

The initial specification, the 8.81” DTHP comes with ID of 4.75”. The OD is designed to allow clear passage of control lines when this assembly was run in 10 ¾” casing.