GDF Suez operating the Gjøa field production phase, made the decision to open the two last gas wells B-2 and D-3 wells remotely from the Gjøa production unit, and perform the well clean-up to the production facility on the Gjøa platform.

The decision was based on both HSE, cost, and rig availability. By opening the well from Gjøa platform GDF Suez in cooperation with Statoil avoided to rig up the well test package, and running the work over riser on the drilling semi sub Transocean Searcher, which had drilled and completed the wells on Gjøa. The rig could go straight from commissioning B-2 to start the completion of D-3, while the B-2 well was handed over to the GDF Suez petroleum engineer’s onboard Gjøa platform. After testing the necessary subsea valves and production choke, the TCO supplied TDP glass plug was cycled by applying pressure down the glycol injection line to the wellhead. A preset 9 cycles of 250bar was performed before the TDP opened as designed and the well was cleaned up to the production unit.

In the meantime the second well D-3 was completed with another TDP-2 installed in the lower completion, acting as a packer setting device, and a barrier plug. After commissioning the well the Transocean Searcher was released, and the rig handed over to Gjøa. Again, the TDP glass plug was cycled open by applying 9 cycles through the Glycol injection line, and cleaned up to the production facility. 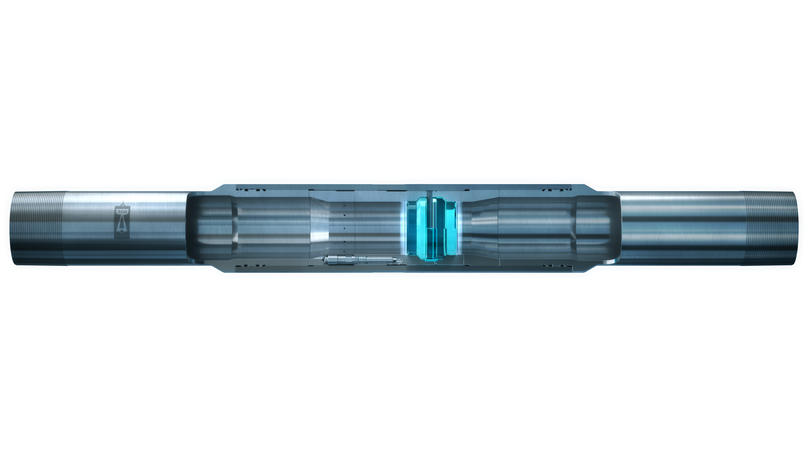 Performing this operation to the Gjøa platform GDF Suez avoided rigging up well test equipment and 2 runs with the work-over riser, with all the HSE risks involved in such operations. Also the wells were produced in to the permanent production equipment which eliminated the risk of spills and risks involving temporary well test equipment. The Transocean Searcher could be released about 14 days earlier. The hydrocarbons produced during the clean-up where not flared off, but sold as part of the production from Gjøa.

This was the first time one of TCO’s patented V-0 qualified Tubing Disappearing Plug was opened from a production unit located far away from the well location.

TCO AS has installed about 270 glass plugs worldwide since 2004, but to date all has been hydraulically cycled or mechanically opened from the drilling unit.

GDF Suez have estimated the savings of this successful operation to be in range of 80-90MNOK for the 2 wells.