In September 2017, TCO installed three TDP-PO's in a trial campaign for a client in UAE. The overall goal of using the remotely operated TDP-PO was to eliminate slick line operations to set and retrieve conventionally used wireline nipple plugs. The performance of the plug was measured on debris tolerance, accuracy of the shear out value, the size of the debris generated by the shattered glass, full bore ID after opening as well as the performance of the barrier. 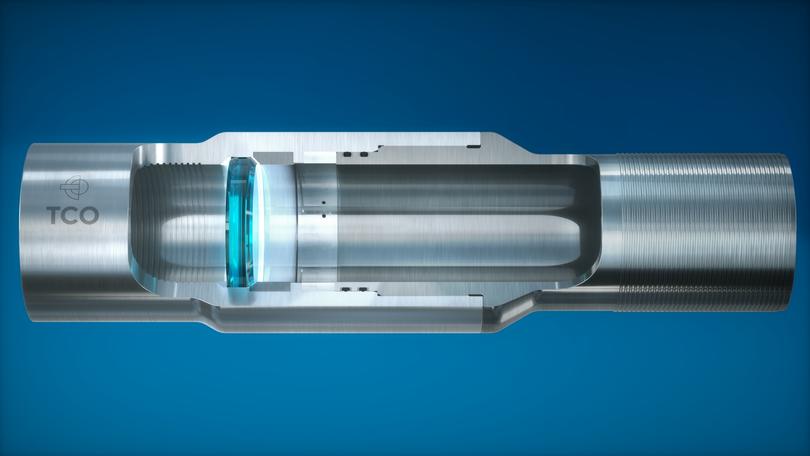 Due to highly deviated wells, a client in the UAE has been using remotely operated plugs to avoid the use of slickline for packer setting and tubing testing purposes. Eliminating wireline operations to set bridge plugs/nipple plugs with remotely operated technology saves the client valuable rig time, rental costs of plugs, running tools and wireline unit while minimizing well exposure and associated risk. Excellent performance of the plug is critical to gain the value added by remotely operated technology. Tests and field trials were therefore performed to confirm:

The TDP-PO does not require pressure communication all the way down to the actual barrier mechanism to remote open. The plug is opened at a predetermined differential pressure over the barrier device. Having debris settled on top of the plug will not affect the opening as long as the force generated

by the applied pressure reaches the breaking mechanism. A test was conducted to prove the debris tolerance by settling 8 feet of debris on top of the plug prior to opening. The debris had no effect on the opening pressure.

A full-scale test was conducted to prove full ID through the plug post opening in addition to verifying the particle size post actuation. The plug drifted to the designed ID and the homogenous particle size distribution were well within the client's requirements.

The plugs are tested and qualified to ISO 14998/ISO 14310 V0 and may be used as a gas tight barrier against the reservoir, but for this application the plug was installed for the purpose of setting the packer and testing the tubing.

The three plugs were installed in three different wells, but with similar pressure and temperature conditions.

One TDP-PO was installed below the production packer in a mono bore completion and two plugs were used in the horizontal section of dual string completions. All three plugs opened at the pre-defined surface pressure after sucessfully setting the packer and testing the tubing. The client saved costly rig hours by eliminating the need for wireline operations at the same time as both risk and well exposure was reduced to a minimum.