TCO’s TDP-3 glass barrier plug was run in a middle completion application for a major operator on the Norwegian continental shelf, it was set and the well was suspended for 10 months, and subsequently cycled open from a remote distance. 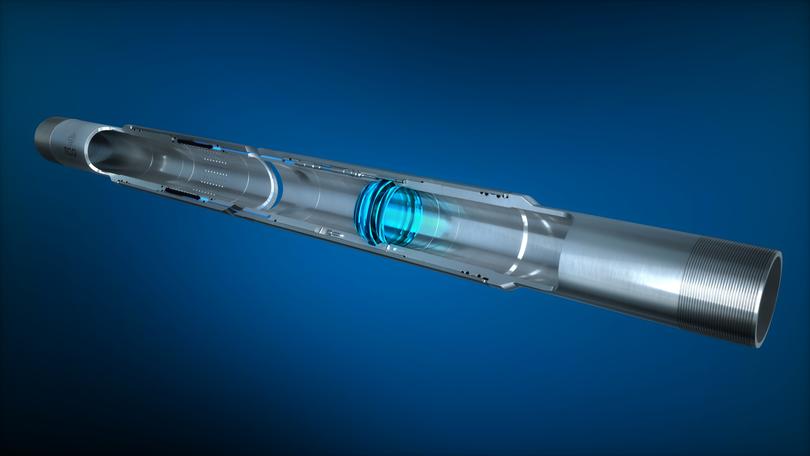 The challenge was to deliver a deep-set barrier device which could be suspended for up to a year and cycled open from a platform or a Light Intervention Wessel (LWI) at a later date. The long suspension time increased the risk of debris settling and a method of mitigation had to be found. In addition to the suspension time, it  was decided that the well was to be cycled open from a platform over 7 km away. This could potentially have an impact on the ability to successful complete the remaining cycles that had to be performed from this distance.

In close cooperation with the client, TCO’s TDP-3 833x588 was chosen based on calculations for differential pressures and absolute pressure. This plug has an excellent track record and is highly reliable with over 88 successful installations for this size and type. TCO standard delivery for debris extensions is always 2m, but due to the risk of debris settling during long time suspension, an additional length of debris extension was added to the assembly. This meant that the client could sustain a higher volume of debris settling on top of the glass without affecting the remote open cycle mechanism.

The plug was run in hole to 2402mTVD, and installation and a pressure test of the upper completion was conducted. The client used 6 out of 11 cycles during the installation of the upper completion leaving 5 recorded cycles left on the TDP when suspending the well. After 10 months the platform was connected to the well, and operations to get the well live and cycle the TDP open were carried out. The remaining 5 cycles were performed with a 1,10 SG packer fluid in the well. All cycles were recorded down hole and the indications of plug opening was seen after the 11th total pressure cycle.

The following graph is taken from the downhole gauge placed at 2286m TVD for the final 5 pressure cycles.

After over 10 months of suspension, the plug was successfully cycled open from a host platform over 7 kilometers away from the well. This indicates that TCO’s TDP-3’s is both a reliable long-time barrier and extremely flexible in terms of application purposes.