April 2017, First ever run in the UK sector of the North Sea. TCO Annular Pressure Relief Valve system(APRS) for installation on Apache's Callater Well. The requirements were to provide a reliable and field proven system to vent pressure from the B-annulus to the A-annulus, while at the same time maintaining and supporting pressures in between the casings. 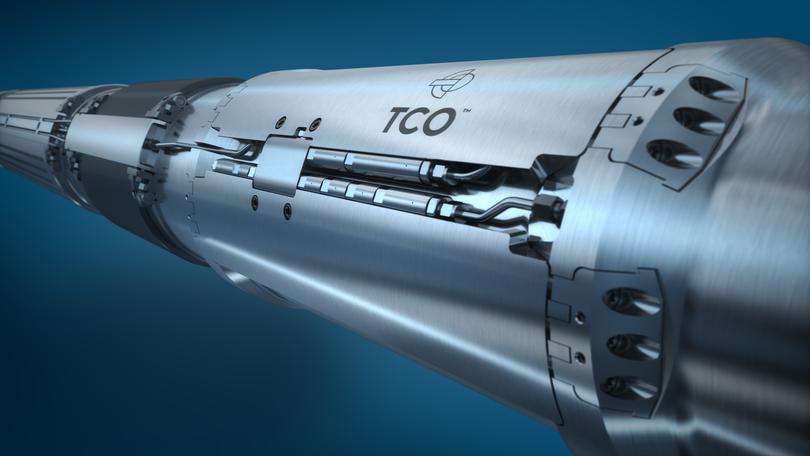 During the planning phase for the conversion of the Callater subsea discovery well, 9/19b-18X, to production, the Apache North Sea UK Drilling team identified the requirements for a mechanism to reliably relieve any temperature related pressure build up in the B annulus during the life of the well, to prevent burst of the 13⅜” or collapse of the 9⅝” casing string, whilst maintaining integrity of the A annulus. Any solution also had to account for the potential for late-life conversion of the well to gas-lift. TCO In Well Technologies UK Ltd were engaged and the Annular Pressure Relief System (APRS) was proposed for this application.

Once it was identified that the APRS would fulfil the customer’s criteria an order was placed to procure the device which was run with the 9⅝” casing. The APRS was run inside 13⅜” casing to allow any excess pressure to be vented into the 9⅝” casing. TCO’s APRS technology was first used in 2013 in the Norwegian sector of the North Sea, since then there have been several successful completions runs, some of which included monitoring the performance of the APRS with real time data from the wells over a significant period of time – which clearly demonstrated its reliability and suitability for the application on Callater.

Excess casing pressure in the 13 3/8" casing is vented and a minimum pressure is maintained by the tool itself for casing support throughout the production operations via a series of filters incorporated within the body of the APRS. The filtered fluids then pass through a series of check valves and out into the 9 5/8".  Other casing sizes variation are possible.

This was the first time that the valve had been run in the UK sector of the North Sea.  The system was run as part of the 9 5/8" casing string, with the APRS positioned at approximately 700ft MDRT,  270ft below the wellhead.  To ensure minimal residual solids remained  in the wellbore, a clean up programme was performed prior to running the 9 5/8" casing string/ APRS, and the well displaced to treated seawater.

With the string installed, both the A and B annuli were tested to confirm integrity.  Having run the completion and tied the well into the Beryl Alpha production platform, the well was brought onto production approximately three months after the installation of the APRS.   The well was kicked of with short shut-ins to allow pressure to be bled off from the A-annulus via the tree crossover to the production flowline, building up to production of approximately 21,000 BOE.  The pressure and volumes observed whilst the well was being brought onto production clearly indicated that the B-annulus was successfully venting into the A-annulus.

A & B Annulus Initial Response
Data taken from a represenative well with real time wireless gauges on both annuli. As the well starts production the pressure and temperature increases and the relief valve opened at 160 Bar in this case. The B-annulus pressure stablises despite the temperature rising. 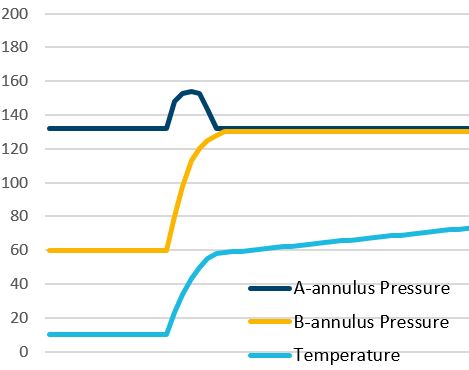 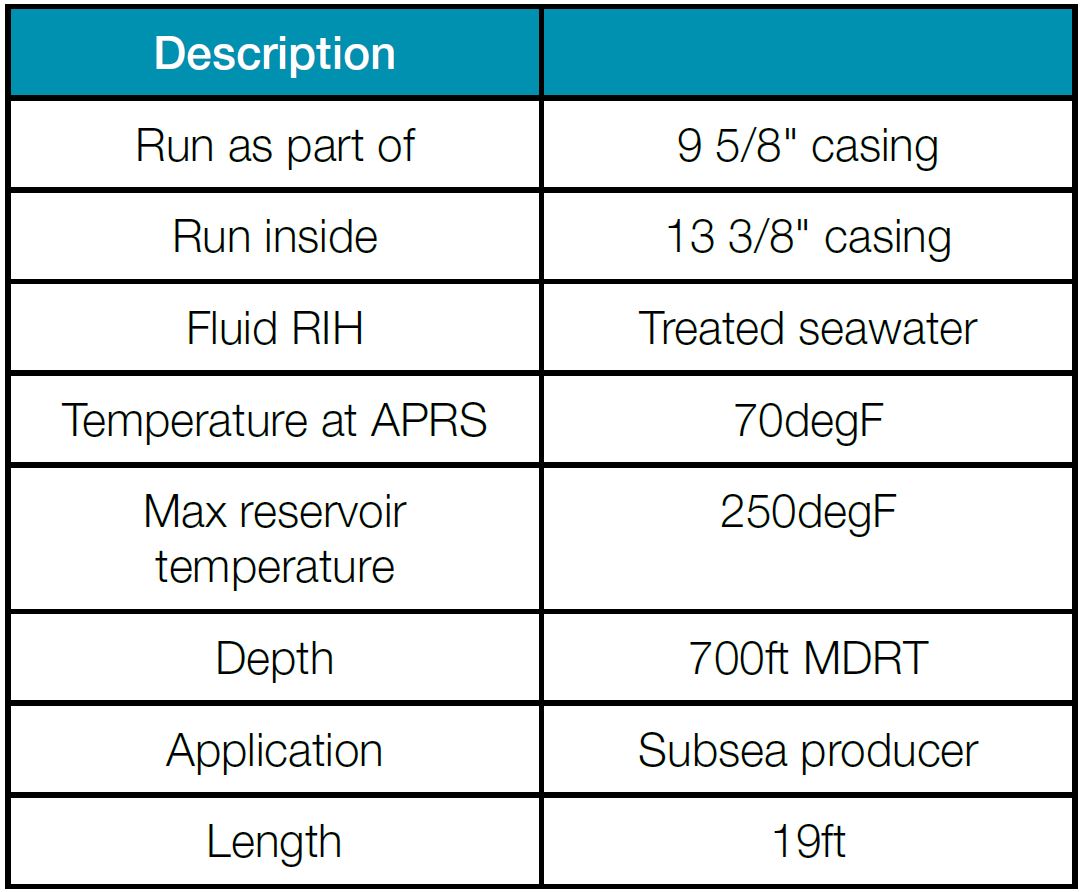