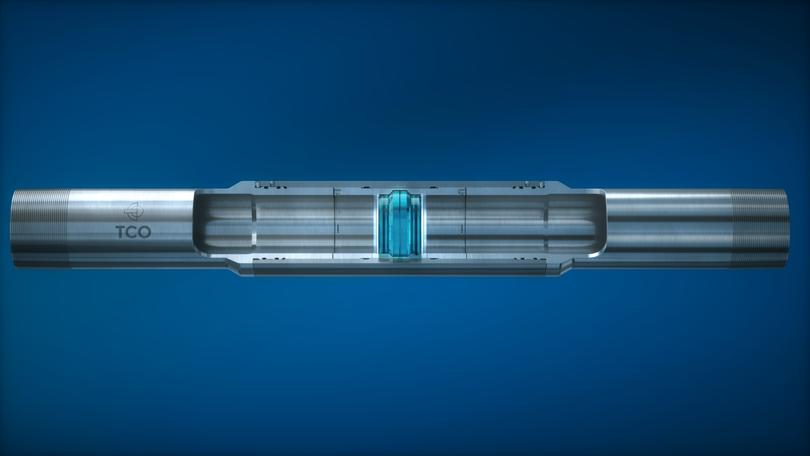 During the development of an offshore project in the Gulf state of Qatar, a major operator required a large bore ID glass plug installed in an intermediate completion. The justification for running an intermediate completion was that the fluid column during installation could not be considered a well barrier, as the weight of the fluid would be less than the reservoir pressure. Another main completion objective was not to restrict the ID defined by the 7" 26# production tubing in the completion above the plug. The barrier was required tested in accordance with ISO14310/ISO 14998 Annex A.8 V0 standard with axial loads.

TCO's TDP incorporates the patented laminated glass package that can withhold high levels of differential pressure from both sides and disintegrates into small particles after removal. With a final ID of up to 6.09" for deployment in 9 5/8" casing, the introduction of a glass plug will not create any restriction, in most completion applications. TCO's TDP is installed and run as an integrated part of the completion string or liner. This increases the efficiency of the completion installation process and enables full bore access after the plug has been removed. The plug has a variety of removal options including tractor on e-line, coil tubing or drill pipe in addition to spear open on slickline or open with shoot down tool. The client planned on running a 4.25 Tapered mill bit on Coiled Tubing to remove the barrier.

The TDP was successfully installed and opened as planned. After two minutes of milling, surface indication of opening the plug was achieved by observing a weight drop on the CT string. The bit was subsequently run below the milling location to confirm full bore ID.